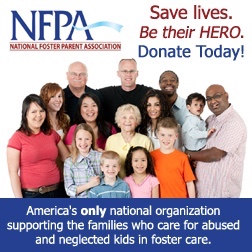 My oldest Daughter (Kid 1 as I used to call her) and her hubby have never been able to have a child 👶 of their own. After years and lots of money 💰 spent trying, they decided to adopt.

As a first step on that path, they applied to be Foster Parents. I can remember my parents fostering several children when I was a teenager. So to me, this was a wonderful thing to do. Surprisingly, they were told that the greatest need was for homes for babies to 2 years old. Luckily, this was exactly what they were looking for!

Now in full disclosure, I remember Child Services tried their “darnedest” to place minority children with minority families. Thankfully, this doesn’t seem to be the case today. BTW, as far as I’m concerned, skin color is just packaging. You don’t judge 👩‍⚖️ your Christmas presents by the paper they are wrapped in, do you?

At any rate the first child placed with them was a darling 18 month-old named Nataly. Nataly’s mother was working with the courts to better herself and meet the court’s requirements for Nataly’s return home. I don’t know more and it’s not my business, but I’m pleased to know that Nataly was able to return home. Her mother has in fact kept in touch with Sunshine (Kid1) since then.

The second little one was a different story altogether. Riley’s parents were addicted and Riley was taken away from them immediately after birth. In fact, they both tested positive for drugs for the first court appearance. At this date, they have never made it to any of the visitation appointments or court dates.

Riley is now 18 months old and Child Service’s priority has changed regarding her. Initially it was to reunite the family, but the parents’ actions have changed that. The parents’ rights have been terminated and the priority for Riley has changed to adoption. So now Sunshine has been given a 6 month timeframe for their adoption of this bright-eyed darling. Which will be around Riley’s second birthday.