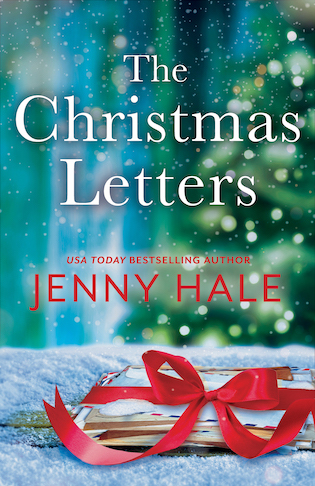 Sometimes, it takes losing everything to find what it is we really need. From the USA Today bestselling author of Coming Home for Christmas, with over one million copies of her books sold, comes a heartwarming holiday story that’s perfect for fans of Sheila Roberts, Debbie Macomber, and Jill Shalvis.

Elizabeth Holloway abandons her New York party at The Plaza, her sparkling world crashing down around her when her boyfriend of seven years drops the bomb that he’s leaving her—at Christmas. She suddenly finds herself seven hundred miles from her home in the city, trudging through the snow, back at her childhood farm in the Great Smoky Mountains in an attempt to piece her life back together.

However, she isn’t expecting to meet visitor Paul Dawson with his dazzlingly blue eyes and warm smile, chipping away at her resolve to focus on figuring out who she is and what she really wants in life.

When her mother is informed that they don’t actually own the farm that’s been in their family for generations, the news makes absolutely no sense to either of them. Nan had married Elizabeth’s grandfather at that house, and they’d lived out their years there.

But a stack of letters from Elizabeth’s grandmother will change everything she thought she knew about her family and cause a divide between her and Paul that she never saw coming.

Under the glitter of Christmas trees and bundles of mistletoe, Elizabeth uncovers more than she’d ever thought possible. Will the Christmas letters strip her of everything she holds dear? Or will they be the biggest gift of the season?

A heartwarming holiday escape that will have you rushing to your loved ones this Christmas. If you enjoyed the Christmas movies based on Jenny’s books and are looking for more feel-good, small-town romance, look no further!

“I’m so sorry, Mama, I can’t talk right now,” Elizabeth Holloway said gently, the phone pressed to her diamond-studded ear, as snow fell like feathers against the glittering buildings of the New York City skyline. “I’ll call you back first thing tomorrow, I promise.”

“Liz,” her mother, Loretta, breathed anxiously down the line in that southern accent that used to sing Elizabeth to sleep at night.

If Elizabeth closed her eyes, she could almost hear her mother’s melody over the chirping of the crickets out back of Nan’s old farmhouse in Mason’s Ridge, Tennessee, the rustling of the trees in the apple orchard, and the squeak of the screened door as Mama stepped through it onto the front porch. While they’d lived just down the road, Nan’s little farmhouse tucked away in the hills had been where both of them had spent most of their time.

Having been so intent on getting out of her hometown, it had taken Elizabeth years to realize how much she missed those sounds.

Growing up, Elizabeth had wanted to get a degree in social work and then go into the Peace Corps, leaving everything behind to learn and work in faraway places. She’d been constrained by her small town and had never really felt like she’d belonged with the people in it. They were all invested in their land and their place within the community, yet she’d wanted to spread her wings. However, she’d only managed to accomplish one of her goals: she’d left that little town, and everyone in it, over a decade ago.

Now her mother was tending to the aftermath of handling Nan’s will and her grandmother’s belongings all by herself, and she had tons of questions about taxes and the legalities of how to assume ownership of Nan’s property. Elizabeth had been trying to support her with it all as much as she could from New York, but it was proving difficult to do.

“I need your help with this,” Mama said, bringing Elizabeth back to the present. “I’m worried it ain’t gonna wait too long.”

A pinch of guilt took hold of Elizabeth’s chest. She wanted to speak to her mother, but the charity benefit that had kept her in New York instead of back in Mason’s Ridge was starting. Nothing could be done with whatever the issue was at this hour, and she needed to take her seat.

“I wish I could discuss this right now,” Elizabeth said, “but I’m on my way in to the event I told you about.”

Holding the phone, she put one stiletto heel out of the limo and took the bellman’s gloved hand, the man guiding her out of the car outside The Plaza where she planned to have drinks, chat with important people, and, if she was lucky, she’d get to do the waltz on the dance floor—her favorite thing at these events. She raised her bright red ball gown to keep the satin from grazing the snow that had piled up in the gutter, a chill slithering down her limbs. Her mother continued to speak, but Elizabeth struggled to concentrate on her words with all the commotion.

The mammoth building in front of her gleamed like a golden torch, surrounded by dazzling Christmas trees, but Elizabeth barely gave it a thought. Her long-time boyfriend, Richard Oppenheim, was already out of the limo and on the sidewalk, standing opposite her in his tuxedo with a collar that showed off his strong jawline. He ran his hand through his salt-and-pepper hair that had come early for his age, making him look distinguished. Then, spinning a finger in the air impatiently, he indicated that she should wrap up the call before they went inside. 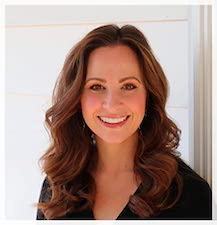 Jenny Hale is a USA Today, Amazon, and international bestselling author of romantic contemporary fiction. Her books have sold worldwide, have been translated into multiple languages, and adapted for television. Her novels Coming Home for Christmas and Movie Guide Epiphany Award winner Christmas Wishes and Mistletoe Kisses are Hallmark Channel original movies.

She was included in Oprah Magazine’s “19 Dreamy Summer Romances to Whisk You Away” and Southern Living’s “30 Christmas Novels to Start Reading Now.” Her stories are chock-full of feel-good romance and overflowing with warm settings, great friends, and family. Jenny is at work on her next novel, delighted to be bringing even more heartwarming stories to her readers.

When she isn’t writing, or heading up her romantic fiction imprint Harpeth Road, she can be found running around her hometown of Nashville with her husband, two boys, and their labradoodle, taking pictures—her favorite pastime.