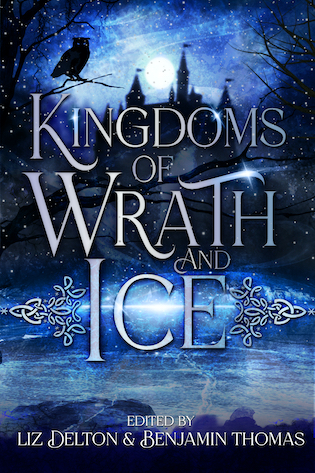 Curl up by a warm fire as winter’s icy fingers claw their way down your back and sink into this collection tales of icy villains.

Tales of revenge. Of dubious heroes and well-meaning winter witches. Of noble assassins and the origins of evil. You might be left questioning who really is the villain, or just whose side you’re on.

But as the ice thaws, you might see some hope left, after all…

Brigid awoke with a jolt, her hand flying away from the dried blood at her throat. It coated her entire arm, crusted and flaking, and her breath clouded the air before her as her thoughts swam, disjointed and broken. Why were her limbs so stiff and aching; why did a dull pain emanate from her very bones? It seemed as though she had been seated on her throne for a long, long time, but her memory did not cooperate, supplying her with only visions of darkness studded with slowly moving stars.

Shivering, she reached for her throat again, tracing the wide, jagged scab there and feeling flakes cracking along her scalp. Something thumped softly on the floor beside her, and in the dim silvery glow, she saw it was a frayed and moth-eaten rope, a pale mark left behind on her wrist.

A cloud of dust billowed slowly into the air, and as each tiny mote drifted, glimmering, into the light, images spattered across her consciousness like rain: the inexorable march of the troupe; the doors wrenching open; the shattering of glass; the tumbling of bodies upon the floor; the rough hands lashing her to the throne and the diamond-bright flash of the knife rising before it tore across her neck and there was only blackness.

Ah. So, she had outlasted them, just as she had hoped she would.

A smile split her cracked lips, painful as it was, and her bones creaked along with the chair as she levered herself to her feet. A wave of pinkish ash rose from her movements, slowly spreading through the room and bringing with it a modicum of warmth as it settled. Her knees trembled, weak after so long, but she stood under her own strength. Her eyes, dry from disuse, had adjusted to the meager illumination, and she saw that piled atop each other all around her were the featureless bodies of her soldiers, limbs twisted like broken dolls. Their glassy, staring gazes were all fixed upon the throne to witness the final terrible crime against her, and sorrow twisted her heart at their wretched expressions, at once desperation and agony, unable to fulfill their very purpose.

She had not the power to restore them just yet, but soon, as soon as she found some source of fuel. Gingerly she picked her way over to the window and brushed the curtain aside, blinking in the light from a waning half-moon reflecting off the fresh snowfall below the castle. No doubt beneath its pristine blanket lay ruined fields and razed buildings and butchered citizens, for all was perfectly, frightfully still, down to the laden branches of the thick fir trees lining the steps. Here and there, skeletons of the invaders and their horses decorated the drive, bones covered in snow. Years, she must have sat, awaiting the inevitable awakening, and she exhaled, watching her breath fade away, reveling in the sensation of merely being alive.

Perhaps they had taken her kingdom, but as long as she could yet open her eyes, she could rebuild it. And rebuild it she would, and make them pay.

Leaving the revelers to enjoy their last feast day, Drek was on his way out of the great hall when he crossed paths with one of his servants turned street spy. To any passersby who happened to see the young elf walk past Drek while balancing a tray of spiced pear wine, it would seem that the prince and the servant made no contact. Yet, Drek walked through the behemoth doors into the front corridor with a note tucked into his large fist.

He opened the missive as soon as he walked through his chamber door and didn’t bother relaxing into one of the plush leather chairs in the sitting room to read it. Heading straight to his dressing room, he decoded the message, letting his feet carry him along the familiar path. It related a lead that could reveal his next victim. No, he had decided not to think of them that way. Victim was much too personal of a word. Assassins used words like target, or mark. Those were better words. Words that separated him from the sordid deeds he carried out behind the crown’s back. His own father’s back.

Black training leathers hung in the back of his closet. They were nondescript and not unusual attire for a third born warrior-prince to own. However, when Drek donned them with a black tunic, boots, and a deep hooded cloak, he truly looked like what he had become. An assassin, but not one of those evil-worshiping members of the Order of Fenrir. They were the ones he was attempting to root out of his father’s court, but sometimes you had to become your worst nightmare in order to fight it. 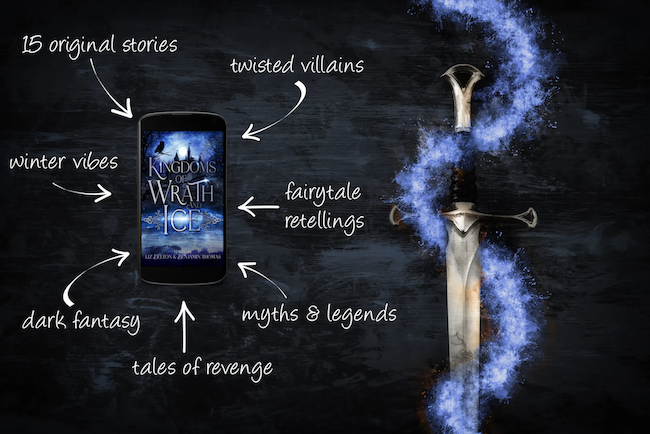