**The Series Is Now Complete!** 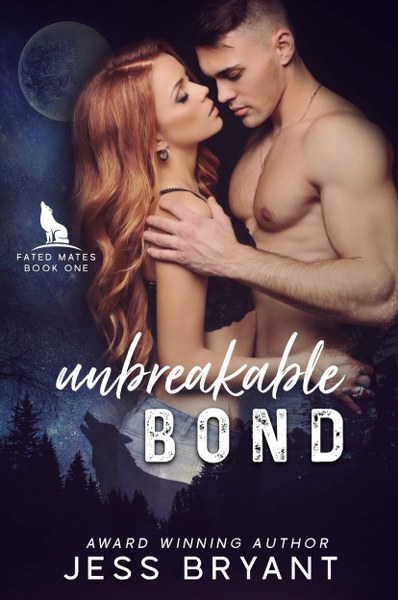 Sometimes fate gets it all wrong.

Zoey Kent has lived with that fact ever since she turned eighteen and learned that the man she loved could never be hers. He’s a born shifter, a wolf, and she’s a mere human. Fate doesn’t care if on paper they’re a perfect pair. She isn’t his fated mate and she’s resigned herself to the knowledge that someday, she’ll have to watch Michael mate with another. It’s never crossed her mind that there might be someone else out there for her, that she would be the one to mate another, to choose another over everything she’s ever known or wanted.

Sometimes fate gets it all right.

Rafe Hudson left his pack behind years ago. Physically and mentally scarred from an attack that left his parents and twin dead, he walked away from his responsibilities as Alpha. He never intended to return but lone wolf or not, he can’t leave Michael open to an attack he’s learned is coming for his only brother. What he didn’t know was that going home would mean scenting his mate, the one person in the world that could make him whole again, that could give him everything he thought he’d lost. His pack, his home and his family.

But fate always has a plan.

There’s no way Michael’s brother is her future, is there? Just like there’s no way that the girl his brother has loved since they were kids, was always meant to be his, right? Only fate knows why they were brought together but there is one thing for sure, the sparks between Zoey and Rafe are undeniable. The bond between them is unbreakable. And together… they’ll change the face of the pack forever. 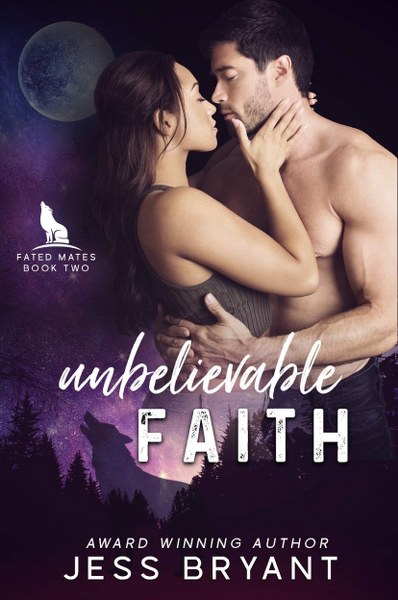 Fate can be cruel.

Luna DeLuca has lost everything except for her faith in herself. Kidnapped, tortured and threatened by a male that’s already killed half her family, she knows the only way to save the other half is by offering herself up to him. To save her sisters, she’s willing to do anything, even accept a claim from a male that isn’t her mate, a mark on her soul that will ruin her forever. But if this is what her family needs, what her pack needs, she’ll do it to save them all.

Fate can be twisted.

Michael Hudson thought his mission to save the neighboring Crescent pack was about helping out a friend. He thought it was about avenging an attack on his own. But the second he sets his eyes on the beautiful girl locked away in a dank basement he knows she’s why he was put on the face of this planet. She’s the reason he’s here. She’s everything. She’s his. His mate. His fate. His future. Only, she bears the scent of another and is nothing like what he imagined his fated mate to be.

But fate can also be kind.

As brave as she is, Luna’s wolf is submissive and submissive wolves aren’t meant to lead packs. They aren’t meant to be Queens. She knows that. So does Michael. But when he refuses to give up on her, refuses to walk away or back down, she begins to see why fate put them together. She softens him and he strengthens her and maybe, just maybe, if they believe in fate enough they can find their way to forever. 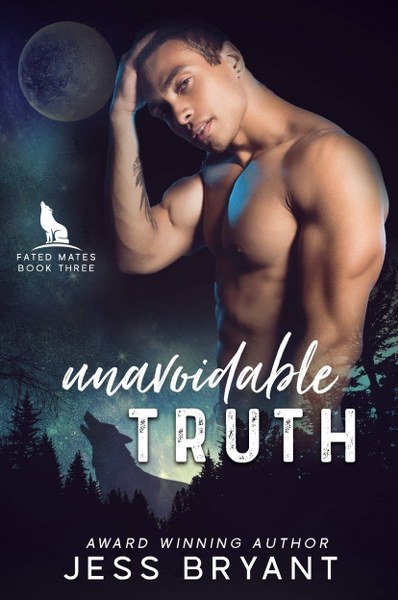 Sometimes the thing you least expect, is exactly what you’ve been looking for.

Darius Moreno knows his place. He’s the Head Enforcer of the Moirae Pack. He protects and councils his Alpha. If it came down to it, he’d give his life to save each and every one of his packmates. They’re the only family he’s ever known, or needed. He never planned to mate, knowing it would take time away from his duties, but fate has other plans for him.

Leo DeLuca knows who he was meant to be. The Alpha of the Crescent Pack, he was born to power and raised to lead. But when a crazed wolf murdered his parents and kidnapped his sisters, his entire world turned upside down. He knew that asking the Moirae pack for help was the only way to save his family, but he never imagined it would lead him to his fated mate.

Two males from different packs. Two fierce, dominant personalities. Two alpha wolves vying for power. It should be a recipe for disaster but when fate steps in, the truth is unavoidable. Darius and Leo were made for each other, two halves of a whole. Now, if only they can stop fighting fate and each other, they may finally realize they’re stronger together than they could ever be apart. 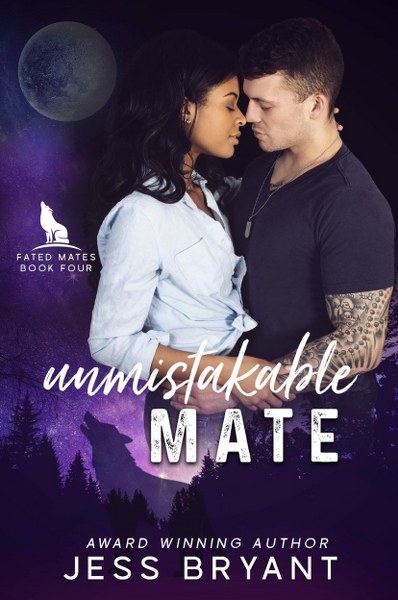 We make our own family.

Zander Leery gave up on the idea of family a long time ago. He grew up bouncing around the foster care system, never finding a home to call his own. He has no ties to anyone or anything so the last thing he expected was a phone call saying his estranged older sister made him guardian to a niece he’d never known existed.

With no idea what else to do with the child, he heads for Noir, Louisiana in search of the younger half-sister he barely remembers, but what he finds in the little bayou town will change his life forever.

We make our own fate.

Maya DeLuca gave up on the idea of fate a long time ago. She has no use for a fate that let a crazed wolf kill her parents, kidnap her sisters and torture her. She’s worked hard to overcome her traumatic past, to grow into a strong, independent woman and a fierce Alpha Wolf. She makes her own decisions, not some supernatural force.

She has her own plans and they don’t include the very human mate who just showed up on her doorstep with no idea that the supernatural world even exists.

We make our own happily ever after.

He’s human. She’s a shifter. But their connection is unmistakable. Can Zander accept this new world that he’s stumbled into? Can Maya accept the possibility that fate chose right? And if they can find common ground, will they discover that sometimes it’s our mistakes that lead us to exactly where we were always meant to be? 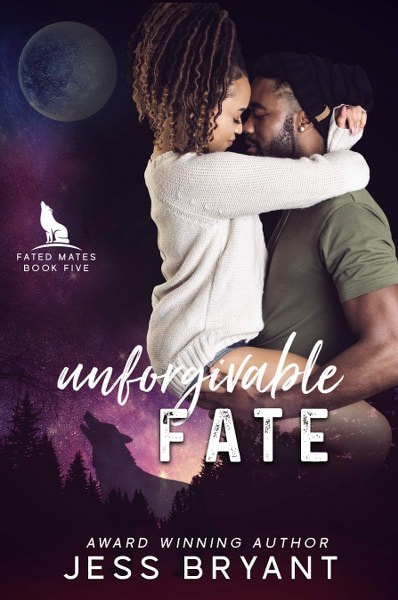 There’s no power on earth greater than fate.

Nova DeLuca has devoted her entire life to fate. Born with the gift of foresight, she’s a Seer who uses her powers to help guide her pack and her family in the right direction. Her visions help those she loves but she knows better than anyone that they can also hurt. It was her vision after all that set Maddox Clary’s plan in motion all those years ago, leaving her an orphan, and her life changed forever. Still, she’s never wavered in her belief that fate always ensures everything works out the way it’s supposed to… until now.

There’s no power on earth greater than love.

Griffin Clary has devoted his life to good. With a psychopath for an older brother, he’s been righting wrongs for as long as he can remember. As the only surviving member of his family, it’s his duty. That’s why, when the expanding pack alliance reaches him with news of his brother’s demise, and the massacre that Maddox left in his wake, he heads for Louisiana with nothing but the hope that he can somehow help the survivors. He expected to find resistance among the Crescent Pack, suspicion and hatred too, but what he didn’t expect was her.

Because in the end, if we’re lucky, they’re one and the same.

There’s no way that fate can be so cruel. Nova is certain of it. Her fated mate can’t be the handsome man that looks so much like the devil that terrorized her and destroyed her family, can he? And if he is, will she ever be able to forgive fate for the greatest of betrayals? 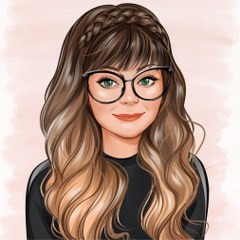 Jess Bryant is an avid indoorswoman. A city girl trapped in a country girl’s life, her heart resides in Dallas but her soul and roots are in small town Oklahoma. She enjoys manicures, the color pink, and her completely impractical for country life stilettos. She believes that hair color is a legitimate form of therapy, as is reading and writing romance. She started writing as a little girl but her life changed forever when she stole a book from her aunt’s Harlequin collection and she’s been creating love stories with happily ever afters ever since.

Jess holds a degree in Public Relations from the University of Oklahoma and is a lifetime supporter of her school and athletic teams. And why not? They have a ton of National Championships! She may be a girlie girl but she knows her sports stats and isn’t afraid to tell you that your school isn’t as cool as hers… or that your sports romance got it all wrong.

For more information on Jess and upcoming releases, contact her at JessBryantBooks@gmail.com or follow her on her many social media accounts for news and shenanigans.