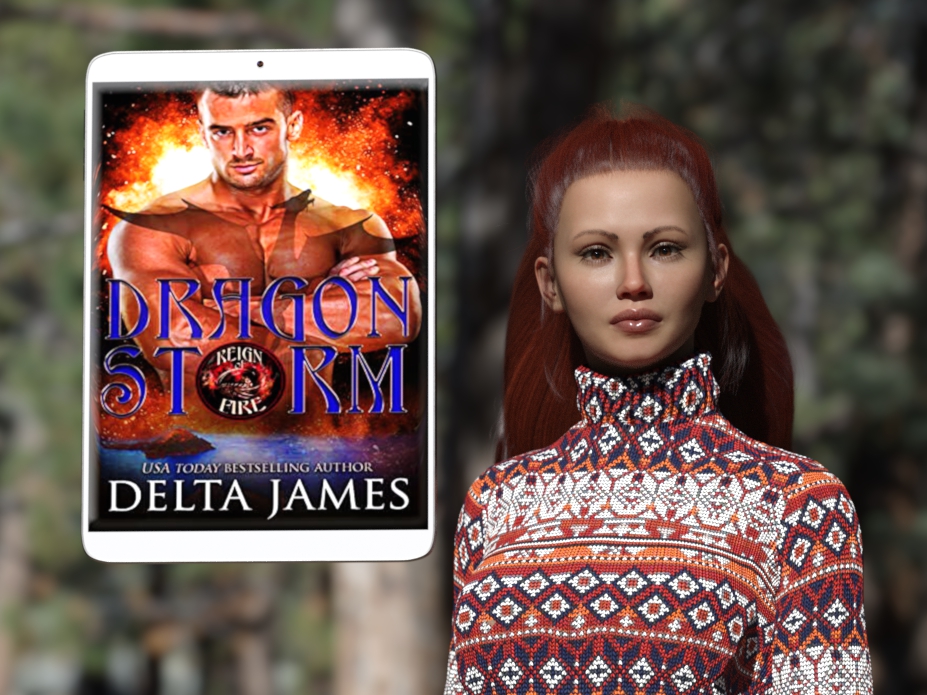 The world building is to die for. These are people who choose not to live among us but easily could. The tie back to Masters of Valor is there, but this story stands on its own. It didn’t take long for me to be totally drawn into the story. I really didn’t want to leave it!

You cannot escape your fate. Especially when it involves a dragon who claims to be your fated mate.

Aria’s visions of something old, powerful, and angry coming combined with her seriously sexy dream sharing with a dragon shifter have confused her. Her visions have proven true too often to ignore. But dragon shifters can’t be true. Right? When a dragon lands in front of her while hiking, her whole world shifts. He is the dragon from her dreams and is claiming, she is his fated mate.

Darius has just accepted leadership of his clan and is headed home when he sees a human female. She is trekking up the side of a mountain and he realizes she’s his fated mate. What’s a dragon to do? Simple, fly down, pick her up, and take her home. Once there, he discovers that there is more to Aria than meets the eye. She is the key to beating the evil that is coming.

Can the fated couple survive the coming storm and embrace a future together?